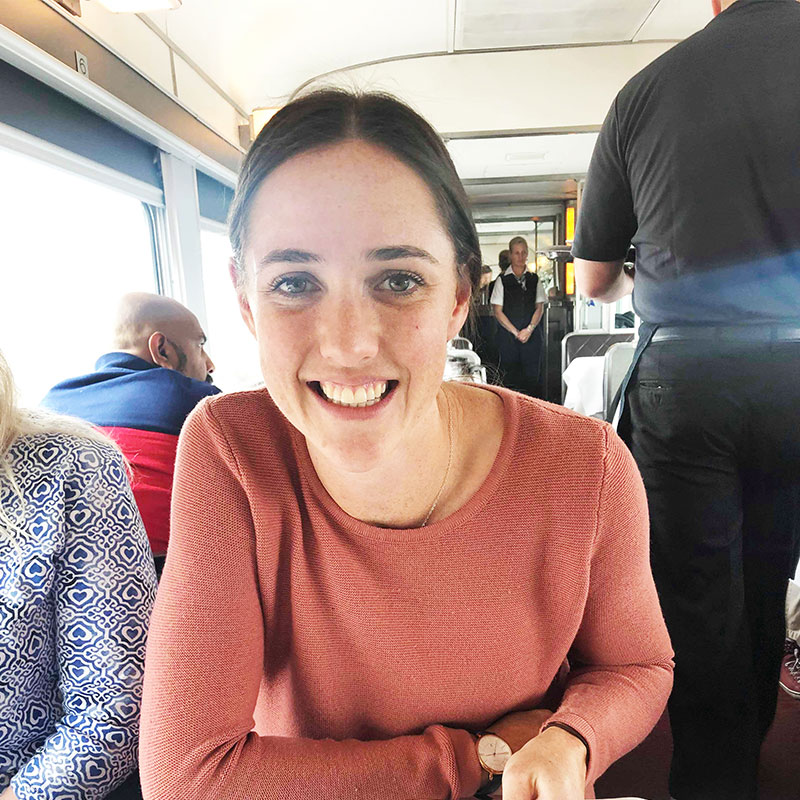 Off I went to Canada in April, as the sun was coming out after a long winter.

My journey started in Winnipeg, the capital of the Canadian province of Manitoba. I stayed in this attractive city for two nights and this is where I boarded the VIA Rail train for a 2-night journey west to Vancouver. I quickly learned that Winnipeg is definitely worth the stop for a couple of days if you are in that area, to learn about its importance in the early 20th Century and visit the remarkable Manitoba Museum and the Canadian Museum of Human Rights. On our last day in Winnipeg as we walked from our Hotel to the Train Station, the snow fell and it was just magical. The locals would have been cursing about the snow fall, but we were ecstatic!

All aboard the VIA Rail train for our journey to Vancouver. Instantly I fell in love with that adventurous feeling of old-world train travel. What did I do as soon as we boarded? I sat down in my cabin and watched the world go by for the best part of two hours. I stayed in the Sleeper Plus Cabin, which was fantastic.

‍
The VIA Rail train has glass domed carts which provide unspoiled views of the Prairies whilst travelling through Manitoba and in contrast spectacular mountain, river and forest scenery when passing through the Canadian Rockies in Alberta and British Columbia.

‍
The quality of the dining and service on board was fantastic and I enjoyed so many lovely meals in the dining cart.

‍
On our second day of train travel, we had a 4-hour stop in Jasper. This was spent meandering around this gorgeous town and visiting the Fairmont Jasper Park Lodge. After a nice walk around the lake, I enjoyed a glass of wine in front of the fireplace overlooking the lake and surrounding snow-capped mountains.

‍
Upon arrival into Vancouver, I was sad to leave the ‘train life’ behind, as it was the most relaxing way of travelling that I have ever experienced.

‍
To finish off my Canadian adventure, I spent three nights in Vancouver. Wow, what a vibrant city with so much to offer! The locals in Vancouver say that when you visit Vancouver you have to experience it by land, sea and mountains. A visit to Vancouver is not complete without a trip to the Capilano Suspension Bridge, up Grouse Mountain to enjoy hiking/skiing and the chance to meet the resident Grizzly Bears, and if time permits, a trip over to Victoria by seaplane. I recommend staying here for at least three nights to make the most of this city.

One of my highlights of Vancouver was exploring Granville Island for an afternoon, as it offers a great vibe and plenty of atmosphere. There is a wonderful food market that you can wander through and indulge in local specialities.

‍
I really enjoyed my time in Canada and can clearly see why it is a popular destination, especially the provinces of British Columbia and Alberta. I am definitely going back one day, and my travel plans would include travelling up to Churchill in Manitoba by VIA Rail train to see the polar bears in the wild, and hopefully to catch the Northern Lights.